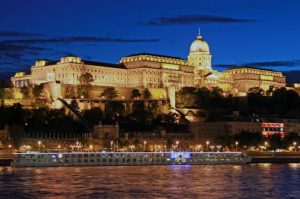 The residence of the kings first appeared here during the reign of King Bel IV in the 13th century. During the reign of Sigismund, the castle was expanded, in that era it was the largest. After the battle in 1526, Hungary ceased to exist as a kingdom, so the Turks were able to penetrate the building and settle in it. END_OF_DOCUMENT_TOKEN_TO_BE_REPLACED